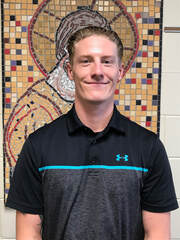 Mr. Gibson joins St. Isaac's  for his first year teaching Intermediate Social Studies and Religion.  He previously taught Social Studies in both private and public school settings. He received a Catholic education from K-12, having attended St. Dominic's in Bolingbrook and Montini Catholic High School in Lombard.  Mr. Gibson then received his B.A. in the Teaching of History at the University of Illinois at Chicago. He will not be the only Gibson family member in the halls of SIJ, as his daughter, Michaela, will be attending Kindergarten.  Mr. Gibson is an avid reader and fan of all sports. Ms. Martin teaches fifth and sixth grade Science and fifth grade Religion. A graduate of Loyola University Chicago, she holds a degree in Elementary Education, a Reading Minor, and endorsements in Science and Language Arts. Ms. Martin is also a graduate of St. Isidore School in Bloomingdale and St. Francis High School in Wheaton. She has attended Catholic schools during her entire academic career, and she truly believes in the main message of the faith: to serve others selflessly. She hopes to instill this drive in her students during their time at St. Isaac’s. In addition, Ms. Martin has experience teaching the dramatic arts to elementary, middle, and high school students. She is currently the director of the St. Isaac's musical and director of the summer musical at St. Francis High School.   Ms. Martin is currently pursuing her Master's in theatre directing from the Chicago College of Performing Arts at Roosevelt University and is a proud member of the Illinois Theatre Association. ​This is Mr. Maurer’s 9th year teaching Language Arts & Reading at St. Isaac Jogues.   Following close to 20 years in the business side of the healthcare industry he re-dedicated himself to becoming the best elementary teacher within the Catholic community.  He remains on that journey and has never looked back.  Mr. Maurer truly believes in the mission of Catholic schools.  His two children completed their Catholic education and he must say that he and his wife have never second guessed that decision.  The Catholic schools do teach more.
Mr. Maurer has a B.S. in Biology from the University of Illinois, Champaign-Urbana and a MAT from National Louis University.  His background is science and he loves it; he enjoys history and practices his Catholic faith religiously, but he teaches literacy because it is important and he wants to make a difference.  During a recent college trip an admissions director said, “Let’s face it, the engineers of today no longer pass along their proposals to English majors”. Yes, becoming a strong reader, writer, listener and speaker will make a difference. 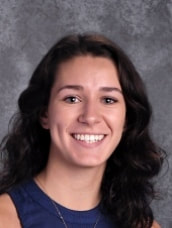 Ms. Waring is very excited to be teaching Intermediate and Junior High Mathematics this year at St. Isaac Jogues. She is a graduate from the University of Illinois in Urbana-Champaign and received her undergraduate degree in Middle Grades Education with concentrations in Math and Science. As a graduate of Fenwick High School and St. Isaac’s, she cannot wait to return to the place that first formed her passion for math, faith, and education. ​
Copyright © 2019 | Website by RyTech, LLC