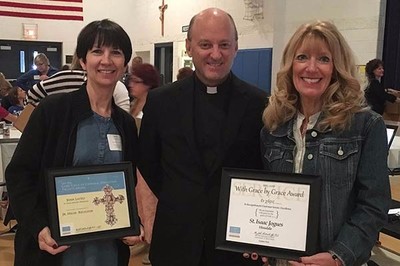 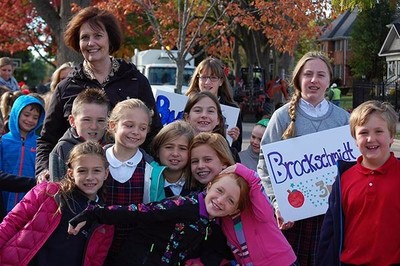 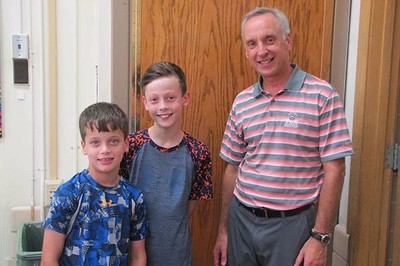 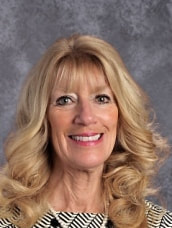 Mrs. Burlinski was born and raised in Chicago and began her commitment to education and to her Catholic faith while attending Our Lady of the Angels in Chicago.  She graduated from Northern Illinois University with a degree in History and Political Science and a minor in secondary education, beginning her career at St. Juliana School of the Archdiocese of Chicago where she taught Social Studies and prepared students for Confirmation.  She stayed within the St. Juliana Community for 11 years before being hired by Township High School District 214 in 1986 as an instructor of History at John Hersey High School.  She then obtained Master’s degrees in History and in Educational Leadership.  While at Hersey High School, she worked in partnership with the University of Illinois and supervised student teachers, then became Division Head for Social Science/Foreign Language/and ELL.  She became Associate Principal for Instruction at Buffalo Grove High School prior to becoming its principal, then retiring in June 2014 with the hope of returning to Catholic education to complete her professional life.  She feels extremely blessed to be welcomed into the St. Isaac Jogues Parish/School community and is honored to work for the Diocese of Joliet.

She and her husband Tony have been married for 45 years.  They graduated from Our Lady of the Angels school and share the core beliefs of their Catholic faith. They are parishioners at St. Theresa Catholic Church in Palatine.  They have 3 daughters who all reside in the Chicago area.  They enjoy spending weekends in Chicago with their families as well as traveling and attending sporting events.
​
She looks forward to her tenure with the Diocese of Joliet and to working together with all of you to provide the best possible Catholic education for your students.

This is Ms. Sullivan's 38th year at St. Isaac's.  She began her educational career in Peoria, Illinois, close to her hometown of Sheffield.  In 1984, she decided to move to the Hinsdale area, and accepted a position teaching 7th and 8th grade science as St. Isaac’s.  She taught science for two years, and math for 10 years, before moving into the administrative arena.  Ms. Sullivan earned her Masters of Education Degree, with Type 75 Certification, from National Louis University; this enabled her to serve in an administrative capacity in Illinois.  She was offered and accepted the Vice Principal position at St. Isaac Jogues in 1996.  This opportunity allowed her to continue to support the work at St. Isaac’s, while still working with children, parents, staff, and community members on a daily basis.
​
Ms. Sullivan spends a lot of her free time with her close-knit family and she also enjoys jet skiing, golf and spending time with her friends.
Copyright © 2019 | Website by RyTech, LLC