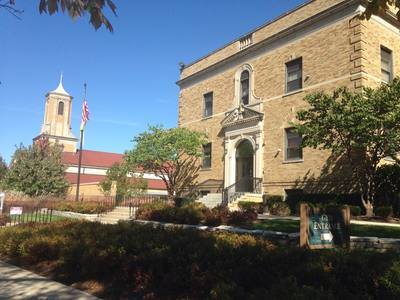 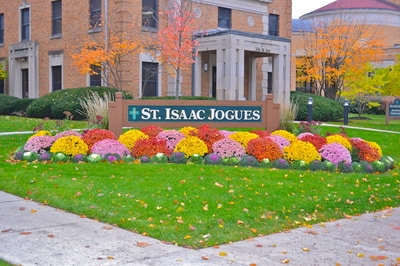 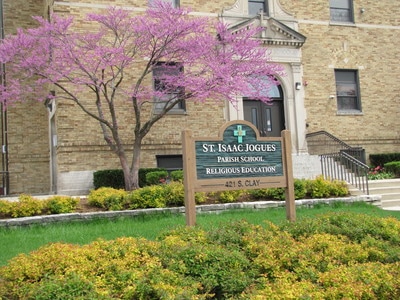 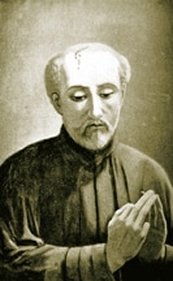 Since 1930, our Catholic community has followed the example of our patron, the French Jesuit missionary Isaac Jogues, in bringing the light of Christ to this new world. The original families of Hinsdale are now joined with people of Burr Ridge, Oakbrook, and Willowbrook – communities that were open prairie when our parish began.

Fr. Thomas Tormey was appointed to start a new parish serving Hinsdale and Clarendon Hills and the surrounding areas by George Cardinal Mundelein, Archbishop of Chicago. At the time, there were about 150 families in the parish. On June 29, 1930, St. Isaac Jogues was canonized as a saint, and the new parish had its first mass in the Hinsdale Theatre in his honor. For the next two years, Sunday masses were held in the theatre and later on, in a rented store. Daily masses were held in the Rectory Chapel, which at the time was located in the basement of a home at 33 S. Garfield.

In 1931 property at Fourth and Clay and Vine streets was purchased, along with a home at 434 S. Clay for the Rectory. In October, Cardinal Mundelein approved plans for a combination church and school, and ground was broken at the new site. Over the years, the SIJ community continued to grow and by 1953 a new church, convent, and rectory were built. The school expanded as well and in 1964 ground was broken for the Parish Center, which included a gymnasium, science laboratory, multi-purpose room, and garage space. By the mid 90’s expansion of both the school and Parish Center was needed, and in 1997 renovation began on the rectory and the convent building. 2004 brought the parish wide endorsement of renovation plans for SIJ’s worship space with the completion finished by the summer of 2007. 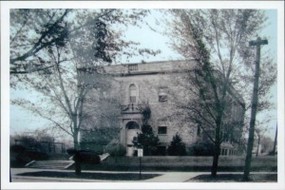 After our founding pastor, Fr. Tormey left, SIJ had six other pastors and many associate pastors. The Sisters of St. Joseph guided the school over the years with 10 different principals and in 1978; the school saw its first lay principal.
​
St. Isaac Jogues graduates can be found in prestigious colleges and universities around the country.  Some include: University of Notre Dame, Brown University, Georgetown, Northwestern University, Harvard University, University of Michigan, University of Illinois, University of Chicago, Penn State, Princeton University, Boston College, Marquette University, Tufts University and many more.  Many alumni return home to their roots and send their children to SIJ.

The current school building used to be the church?
Copyright © 2019 | Website by RyTech, LLC